On 22nd October 2015 by Nora With 0 Comments - Uncategorized

I’ve been immersing myself in children’s books as I am polishing my own children’s fantasy: Bally Rua (Red Town) and I though I’d post a mini review in case anyone is looking for stocking filler ideas.

They’re not new but they’re new to me! 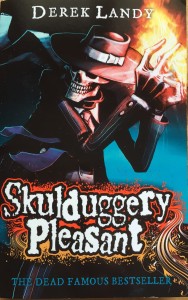 Well, first of all it was a surprise to me that Skulduggery Pleasant is a character and not the street where this fantasy takes place –Eek! (What am I like?!)
He’s the one on the front cover. And he’s the good guy!

Irish writer Derek Landy, pens this hilarious well-written adventure about an ordinary girl who gets plunged into an extraordinary life. Good guys and bad guys fight magical wars throughout the streets of Dublin right under our very noses.
I want the rest of them for Christmas!! 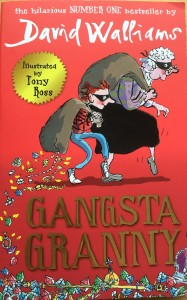 Another hilarious and well-written novel in which a young boy discovers that his cabbage eating, farting granny, is no way the boring fuddy duddy he thinks. 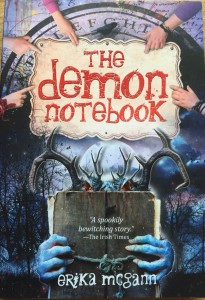 Terrific story where a group of young teenage girls have their wishes granted only to find that’s not quite what they wanted.
Be careful what you wish for . . . 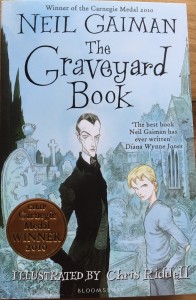 An extraordinary book which I can’t recommend enough.

Nobody Owens sees dead people – Oh, I couldn’t wait to use that line! – but that’s its only similarity to Sixth Sense.
Nobody’s story is told over a period of 15 years, as he is raised by ghosts in a graveyard after the murder of his family. I know it sounds creepy, freaky, not a children’s story – but trust me!
It’s a story about growing up, love and the true meaning of family.