Having had a year where I have never worked as hard and reading was for the purpose of studying technique and style, I had very little time for pure pleasure reading and so I was so looking forward to my holidays where all my reading was going to be just that.
I picked my favourite writers – they feel like my best friends, although I have only had the honour of meeting Sir Terry Pratchett in person, oh he is so sorely missed.
Anyway I decided to do a mini review of my holiday reads for fun and it goes without saying that I absolutely recommend them all.

The Ocean at the End of the Lane by Neil Gaiman 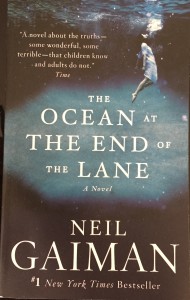 A middle aged man revisits a neighbours farm when he returns home for a funeral and remembers the sinister fantastical events that he has somehow forgotten that took place over 40 years ago. 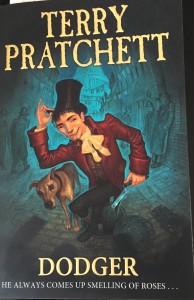 Set in Dickensian London – this is not a Discworld novel. Dodger is a tosher – that is he makes his living combing the sewers for what people lose. One stormy night Dodger rescues a young woman from an attack by two thugs and his whole world is turned upside down.

Written in Pratchett’s inimitable magical style, the story weaves historical fact and characters with fiction. It is a tale full of wit, intelligence and heart.

The Missing and the Dead by Stuart MacBride 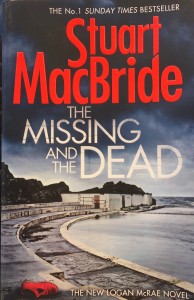 Another wonderful novel with the hard working and very unfortunate Detective Logan MacRae. Set in Scotland, this series is gritty, witty, realistic and full of heart.

A dead body, a missing drug dealer, a sergeant with a broken leg, and so Logan’s day begins with a double shift and it doesn’t get any better. There are chuckles and cringes galore with characters you will love or love to hate.